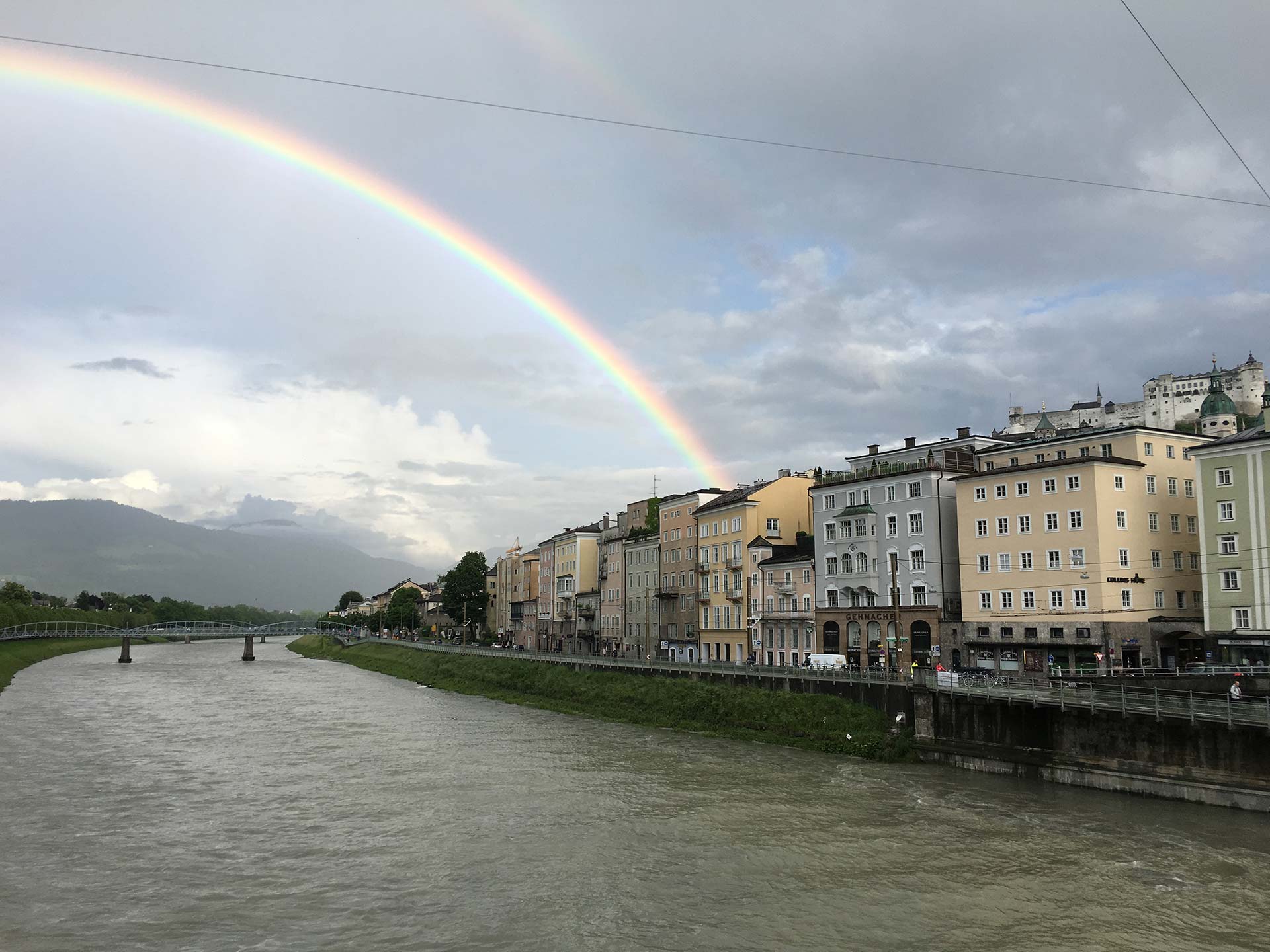 Sound of Music – The true story

Georg Baron von Trapp, a captain in the Royal & Imperial Austro-Hungarian Navy and father of 7 children, lost his wife Agathe in 1922 at the age of just 31 years. In 1925, Maria Augusta Kutschera, who had entered Nonnberg Abbey as a postulant, intending to become a nun,  was sent to the family Trapp as a governess and private teacher and stayed forever. In 1927, Maria and Georg von Trapp got married. After the family had lost all the financial resources due to the insolvency of their bank, Maria von Trapp, who had always been an excellent singer, founded a family choir with the children. Shortly later the Trapp family even won a singing competition at the Salzburg festivals. After Austria’s annexation, the Trapp family decided to emigrate to the United States, where they settled down in Stowe, Vermont and continued to travel on concert tours as the “Trapp Family Singers”. In 1959, the story was first performed in the successful musical „The Sound of Music“ on Broadway. The movie adaptation with Julie Andrews and Christopher Plummer was broadcasted in 1965 and received five Academy Awards and two Golden Globe Awards and is the most successful movie ever produced by 20th Century Fox Studios. However, there are some differences between the film and the true story, which I would like to explain during an exciting Sound of Music Tour in the city of Salzburg.